At 8:46 a.m. on September 11, 2001, out of a clear blue sky American Flight 11 crashed into the North Tower of the World Trade Center in New York City. Seventeen minutes later, United Flight 175 struck the South Tower. Over the next 90 minutes, American Flight 77 hit the Pentagon in Washington, DC; United Flight 93 crash landed in a field near Shanksville, PA; and both Twin Towers collapsed. As the deadliest terrorist attack in U.S. history unfolded over 102 harrowing minutes, most Americans were helpless to do more than bear witness to the previously unfathomable act of terror.

The coordinated airline hijackings, organized by the Islamist group al-Qaeda, transformed the United States nearly as swiftly as the New York City skyline. Within hours, the grief-stricken nation united in an outpouring of support for rescue and recovery operations. In the days, weeks, months, and years that followed, American attitudes, foreign and domestic policies, and government institutions were all dramatically shaped as details of the terrorist attacks came to light and the U.S. and the international community responded. 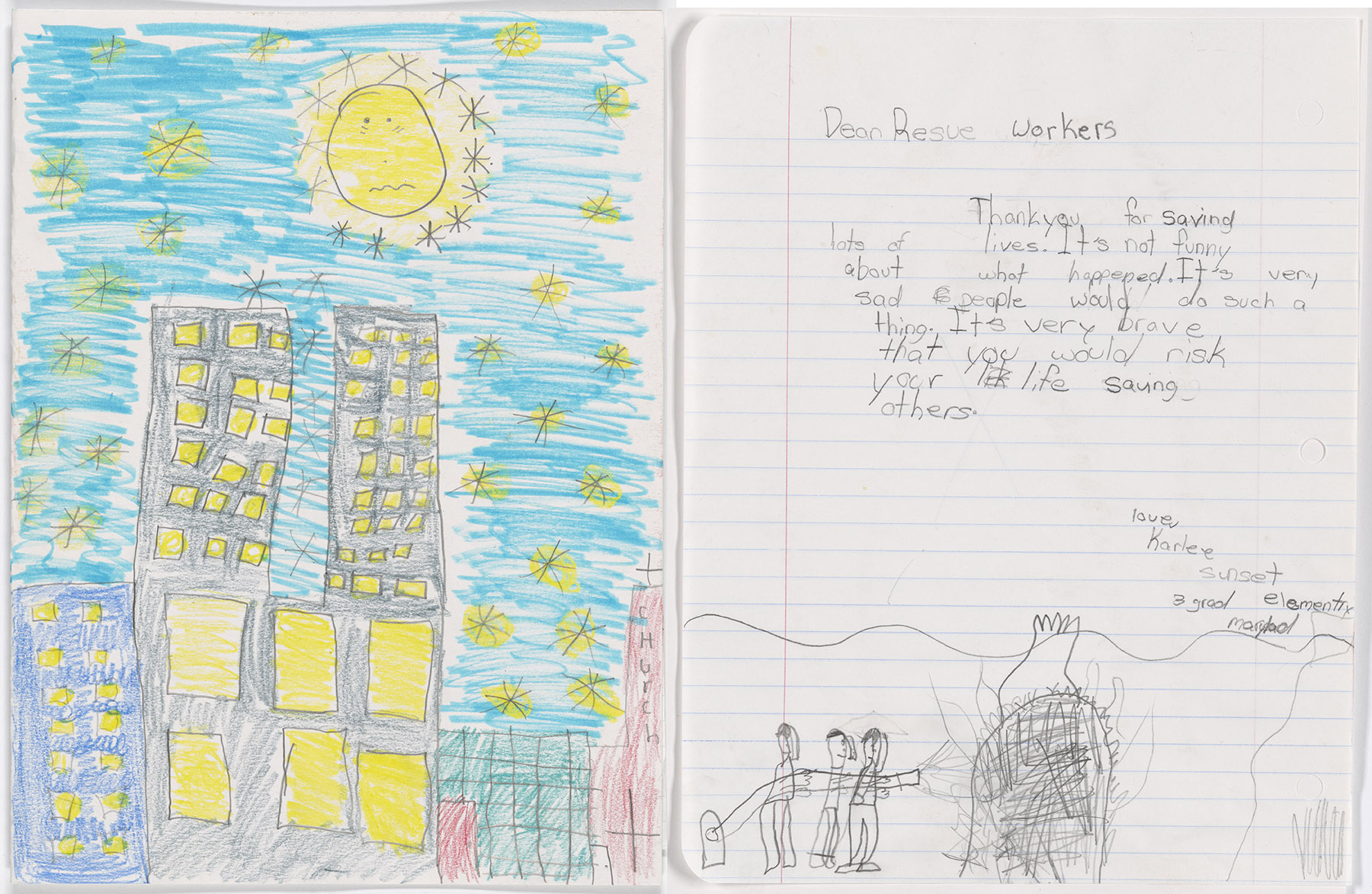 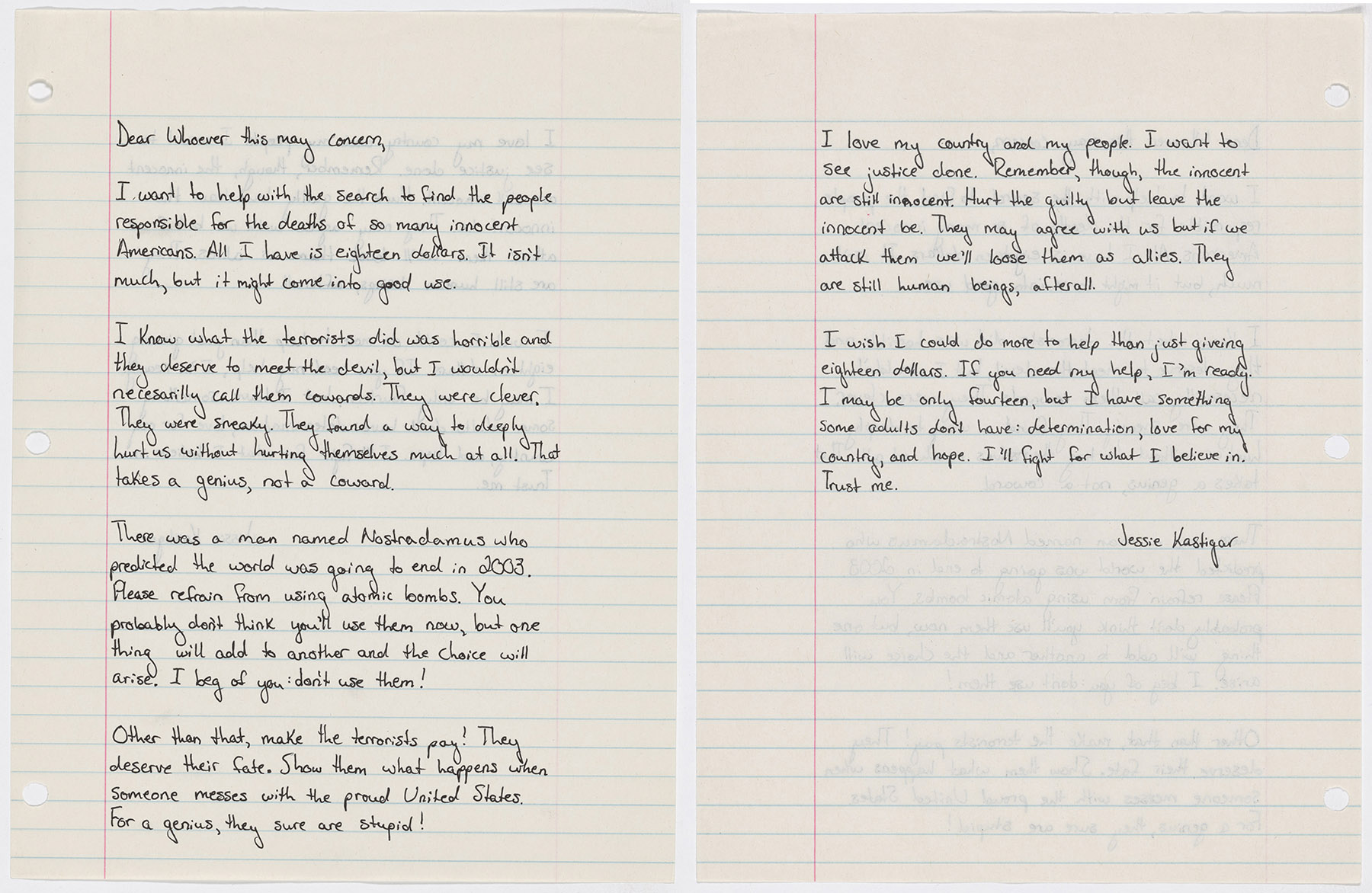 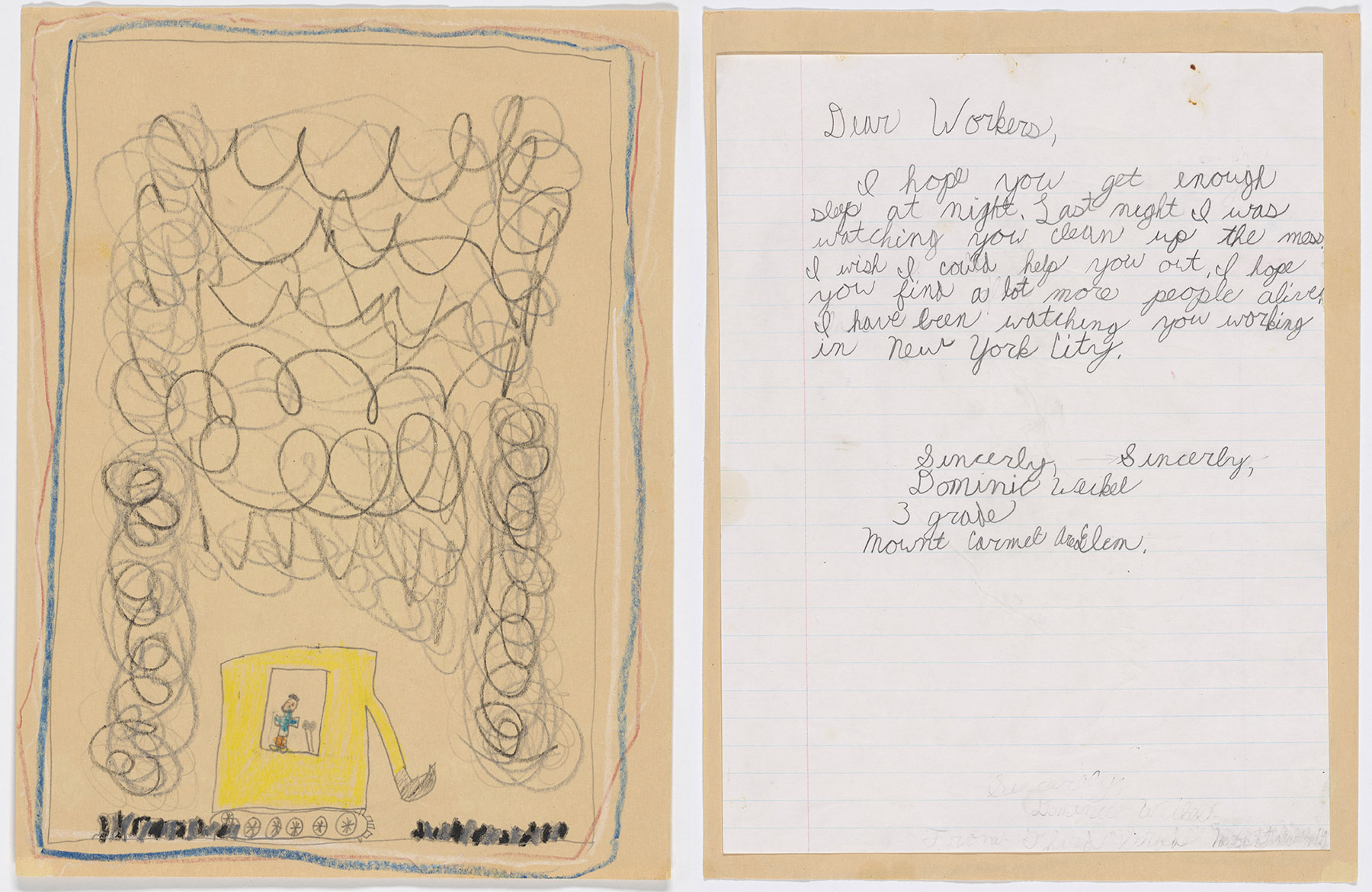 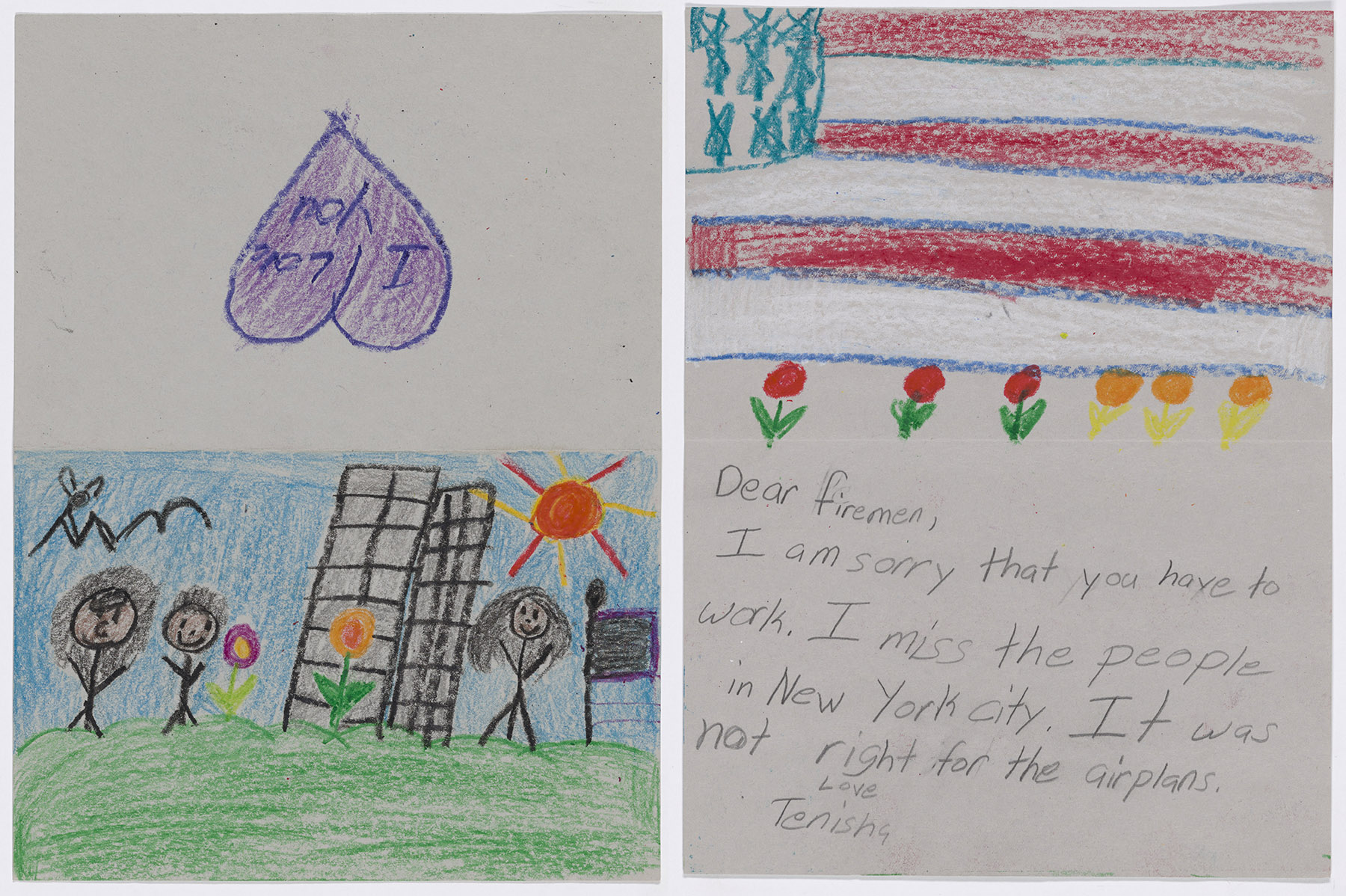 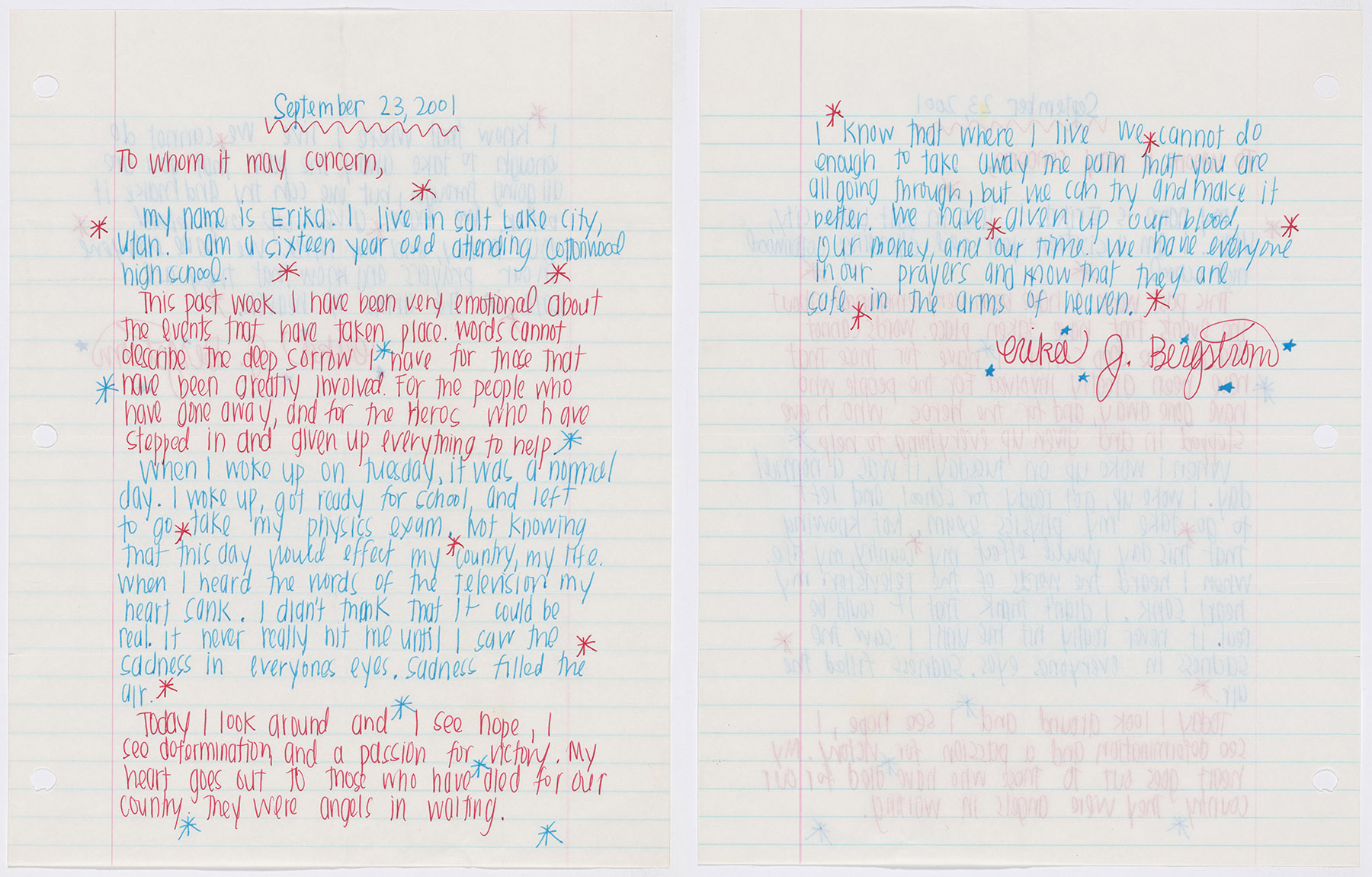 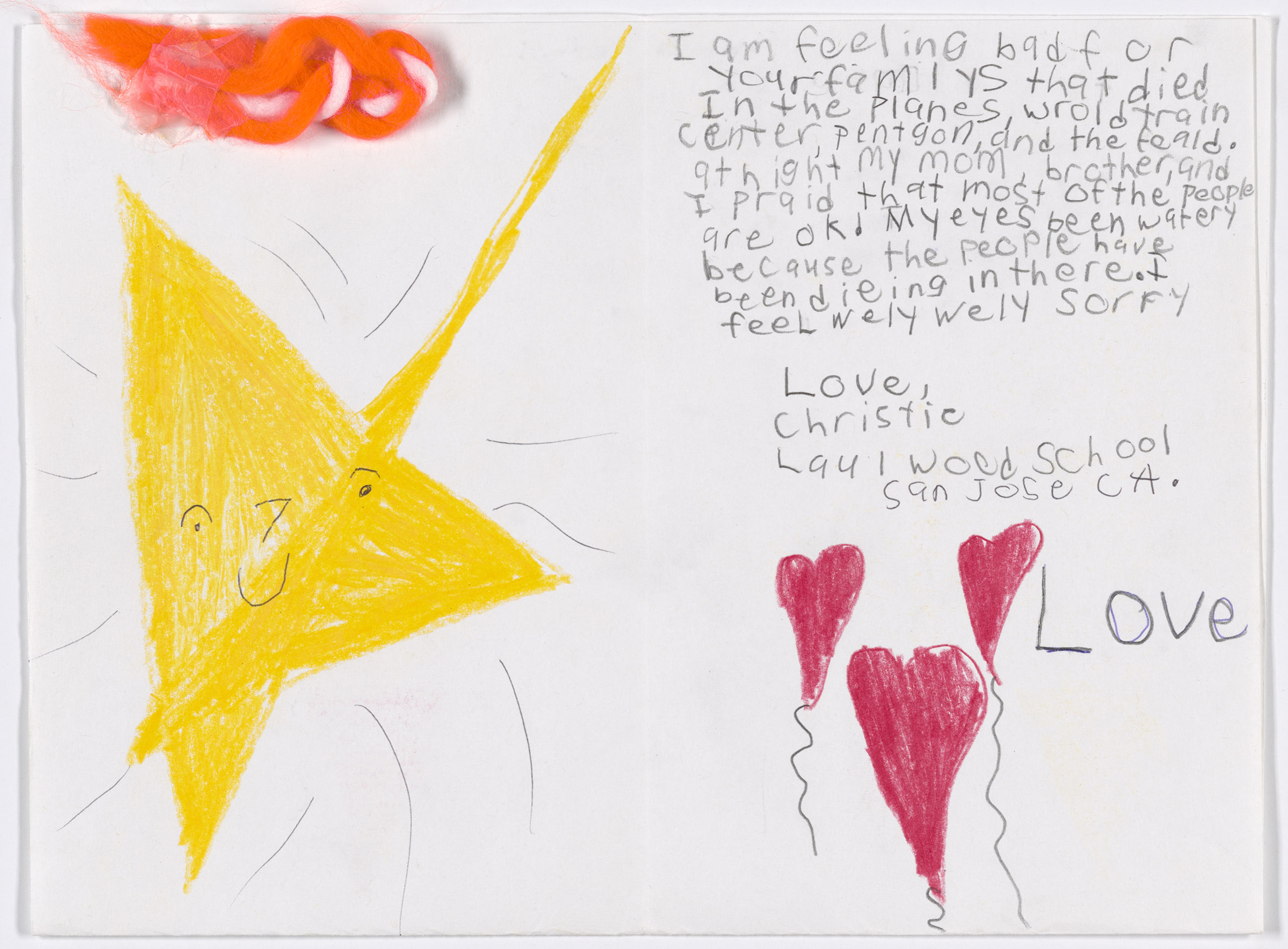 Few Americans were spared the emotional and psychic distress caused by the 9/11 attacks. For the nation's youth, this singular event in American history was also a defining moment of their childhood. This collection of children's letters reveals some of the ways that America's youngest citizens reflected and responded in their country's time of need.

The impact of the 9/11 attacks continues to be felt throughout the United States and around the world today. Over the past 20 years, it is estimated that thousands more have died from illnesses caused by the attacks that killed 2,977 people on September 11, 2001. Congress debated and enacted numerous pieces of legislation to provide financial support to victims of the attacks before President Donald J. Trump signed a permanent reauthorization of the September 11th Victim Compensation Fund into law on July 29, 2019.

The War on Terror launched by the United States and its allies in response to the attacks is the longest ongoing armed conflict in American history. Throughout two decades of fighting two wars in Afghanistan and Iraq (as well as counterterrorism efforts around the world), historians, political leaders, and American citizens have debated the tactics and objectives of these conflicts and whether they were achieved. The 2021 U.S. troop withdraw from Afghanistan has further heightened these debates and raised difficult questions about the enduring legacy of American efforts to fight terrorism around the globe.

The 20th Anniversary of 9/11 Featured Document Display is made possible in part by the National Archives Foundation through the generous support of Maggie and Robert Boroujerdi.