Early in the Cold War, the House Un-American Activities Committee (HUAC) investigated allegations of Communist activity in the film industry. The committee’s mandate was to “protect the form of government guaranteed by the Constitution.” However, the investigations contributed to a repressive and fearful atmosphere.

On October 30, 1947, HUAC called Ring Lardner, Jr., Academy Award winning screenwriter, to testify before the committee. He was removed from the witness stand when he declined to answer if he was a member of the Communist Party, saying, “I could answer the question exactly the way you want, Mr. Chairman...but if I did, I would hate myself in the morning.” Lardner and nine others, known as the Hollywood 10, were found guilty of contempt of Congress and blacklisted from Hollywood. Lardner served nearly 10 months in a federal prison.

In 1997, Hollywood marked the 50th anniversary of the HUAC hearings with “Hollywood Remembers the Blacklist.” Actors including Billy Crystal, Alfre Woodard, and John Lithgow recreated moments from the hearings, and some who were blacklisted attended. Then 82 years old, Lardner read the statement—on display for the 75th anniversary—that he was not able to give to Congress in 1947. 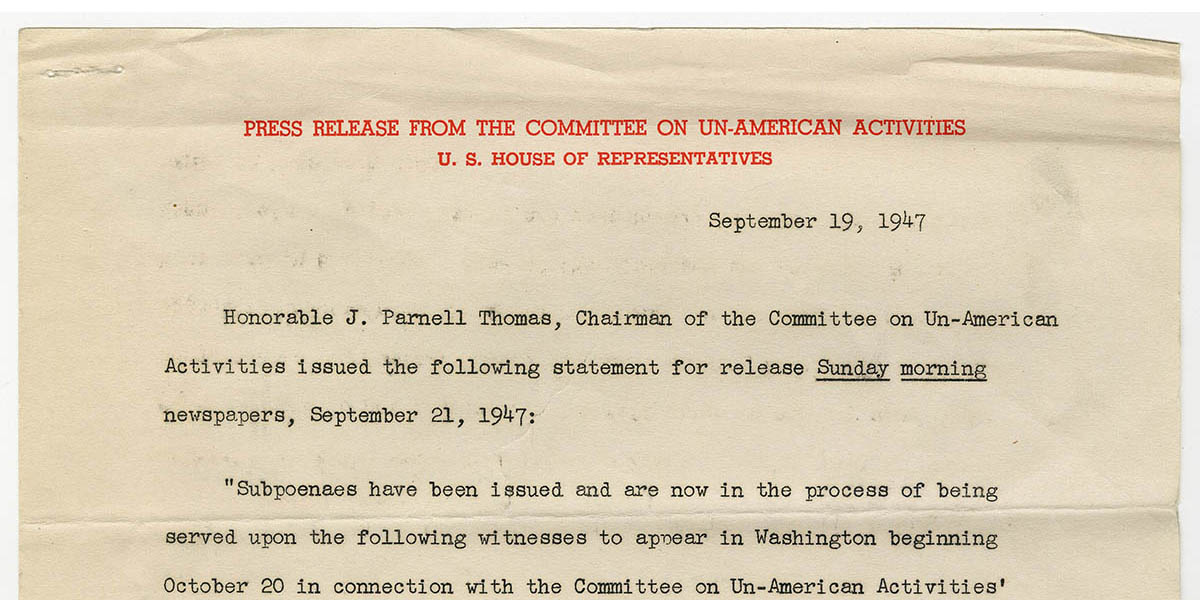