"My station is new; and, if I may use the expression, I walk on untrodden ground."

George Washington set many precedents as the first President of the United States, beginning on the day he took office. On April 30, 1789, in the temporary capital of New York City on the second floor balcony of Federal Hall, George Washington placed his hand upon a bible and publicly swore his oath before a cheering crowd.  He then delivered his inaugural address to a joint-session of Congress in the Senate Chamber in Federal Hall.

The Constitution requires only that the President-elect swear or affirm an oath to “preserve, protect, and defend the Constitution of the United States.” No particular ceremony is mandated for the occasion. The rituals observed during Washington’s first inauguration are the foundation upon which inaugural traditions are based today. 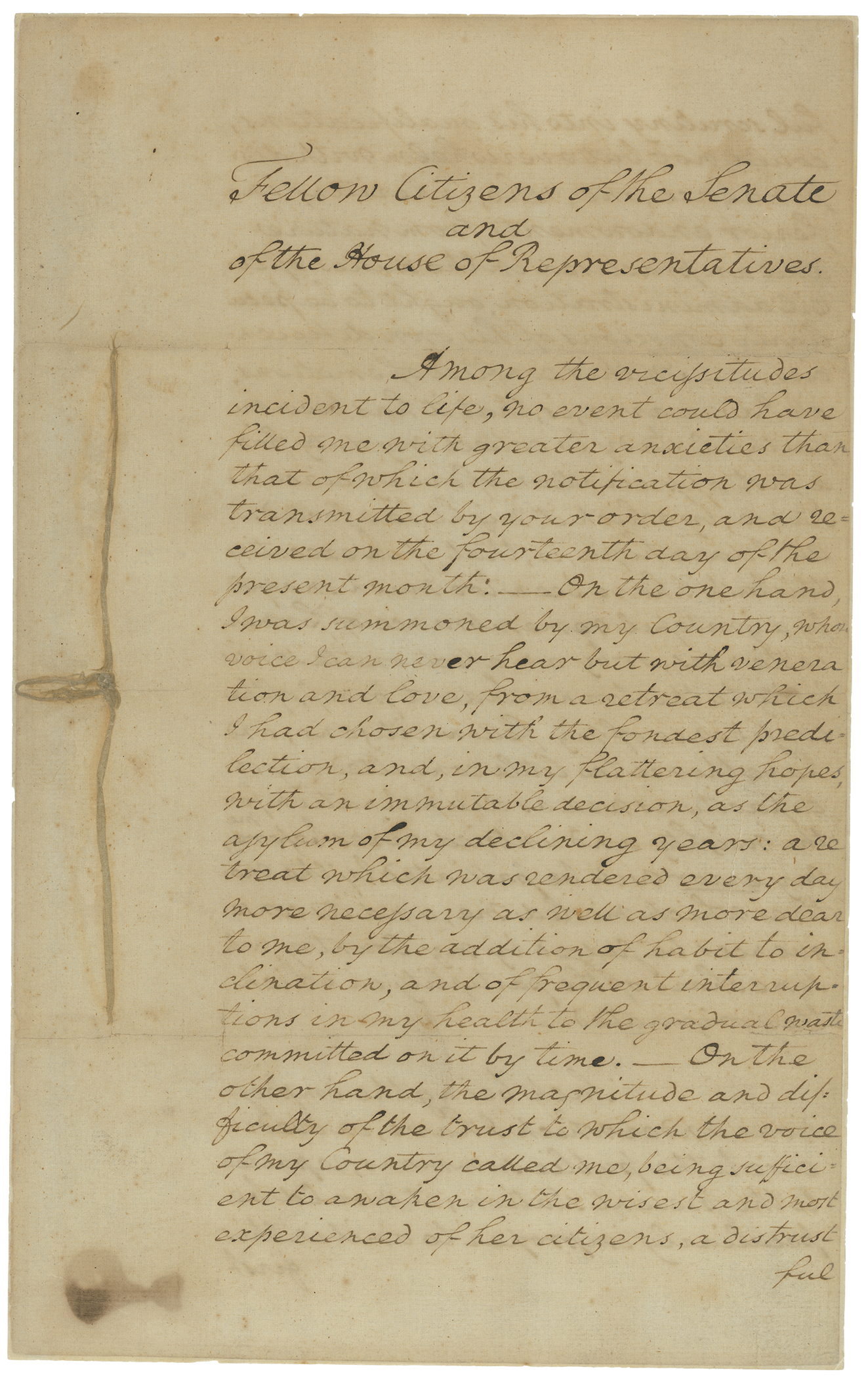 George Washington was keenly aware of the magnitude of his inauguration and the expectation and anxiety of many Americans regarding the future of the fragile new government. His first words as President would set the tone not just for his Presidency, but the entire country. Therefore, he sought to assure the nation and the world of his determination to make the American experiment a success.

In his handwritten address to Congress, he humbly noted the power of the nation’s call to serve as President and the shared responsibility of the President and Congress to preserve "the sacred fire of liberty" and a republican form of government.  Washington’s address was later printed and distributed throughout the nation and around the world.