Serving Herself: The Life and Times of Althea Gibson

In this new comprehensive biography, Ashley Brown narrates the public career and private struggles of tennis Hall of Famer Althea Gibson (1927–2003). From her start playing paddle tennis on the streets of Harlem to her 11 Grand Slam tennis wins to her professional golf career, Althea Gibson became the most famous Black sportswoman of the mid-20th century. In her unprecedented athletic career, she was the first African American to win titles at the French Open, Wimbledon, and the U.S. Open. Based on extensive archival work and oral histories, Serving Herself sets Gibson’s life and choices against the backdrop of the Great Migration, Jim Crow racism, the integration of American sports, the civil rights movement, the Cold War, and second wave feminism. Brown will be joined by Julianna Barbieri, Senior Vice President of Content and Partnerships of the International Tennis  Hall of Fame.

All American: The Power of Sports and programs presented in conjunction with the exhibit are made possible in part by the National Archives Foundation through the generous support of AT&T, AARP, and Mars, Incorporated. Additional support provided by HISTORY® and the Lawrence F. O’Brien Family. 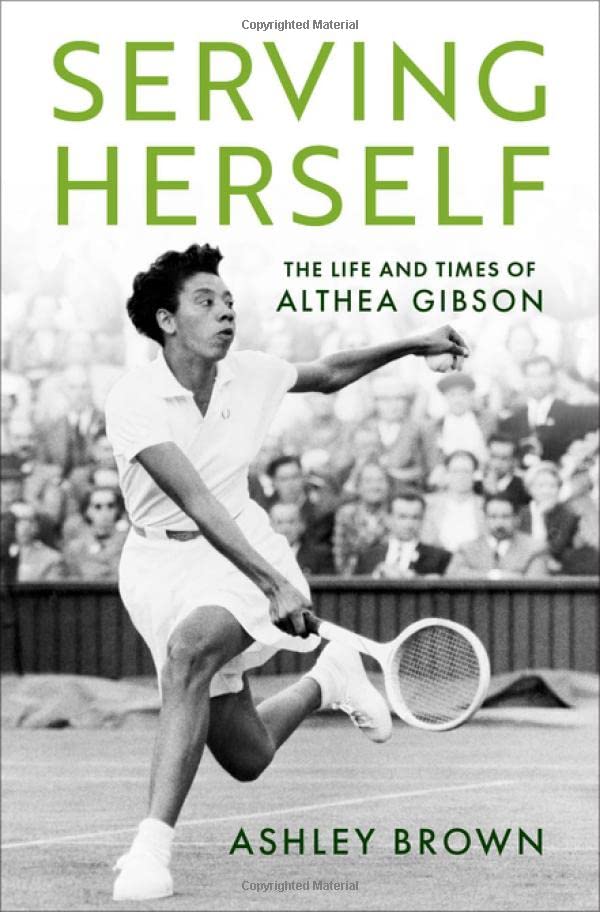