Thirteen Clocks: How Race United the Colonies and Made the Declaration of Independence

In his account of the origins of American unity, John Adams described July 1776 as the moment when 13 clocks managed to strike at the same time. So how did these American colonies overcome long odds to create a durable union capable of declaring independence from Britain? In this history of the 15 months that culminated in the Declaration of Independence, author Robert G. Parkinson provides a troubling answer: racial fear. Tracing the circulation of information in the colonial news systems, Parkinson reveals how the system’s participants constructed a drama featuring virtuous men suddenly threatened by ruthless Indians and defiant slaves acting on behalf of the king. Parkinson argues that patriot leaders used racial prejudices to persuade Americans to declare independence. Between the Revolutionary War’s start at Lexington and the Declaration, they broadcast any news they could find about Native Americans, enslaved Blacks, and Hessian mercenaries working with their British enemies. 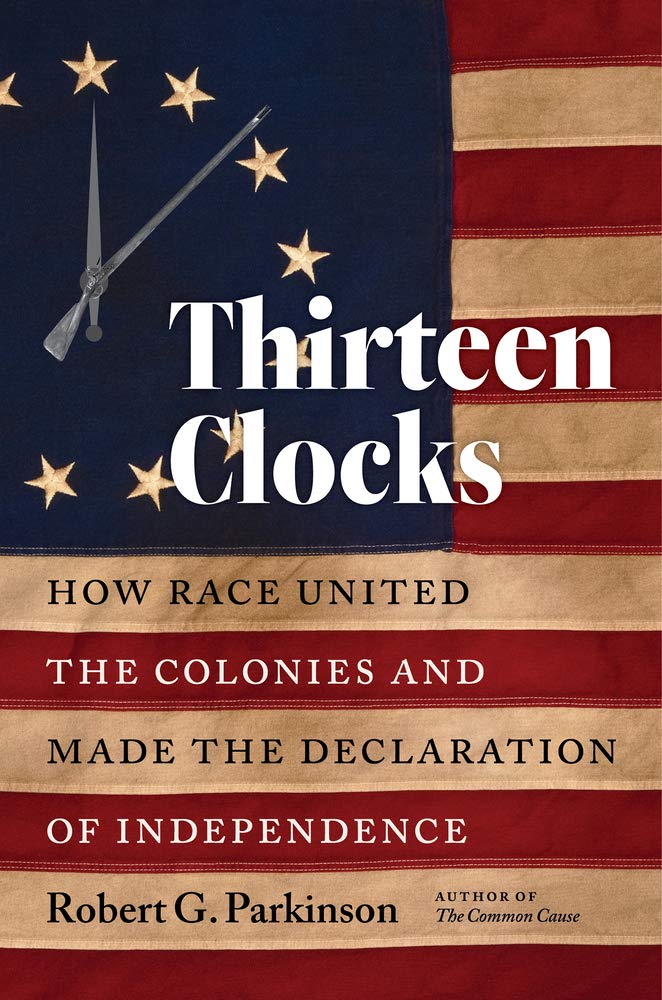