The Rule of Five: Making Climate History at the Supreme Court

When the Supreme Court announced its 2007 ruling in Massachusetts v. EPA, the decision to force that agency to regulate carbon dioxide and other greenhouse gases as pollutants was immediately hailed as a landmark. But in October 1999, when Joe Mendelson hand-delivered a petition to the Environmental Protection Agency asking it to restrict greenhouse gas emissions from new cars, the outlook was not promising. Could something as ordinary as carbon dioxide be considered a harmful pollutant? And could the EPA be forced to regulate emissions? In The Rule of Five, law professor Richard J. Lazarus tells the gripping story of the most important environmental law case ever decided by the U.S. Supreme Court. 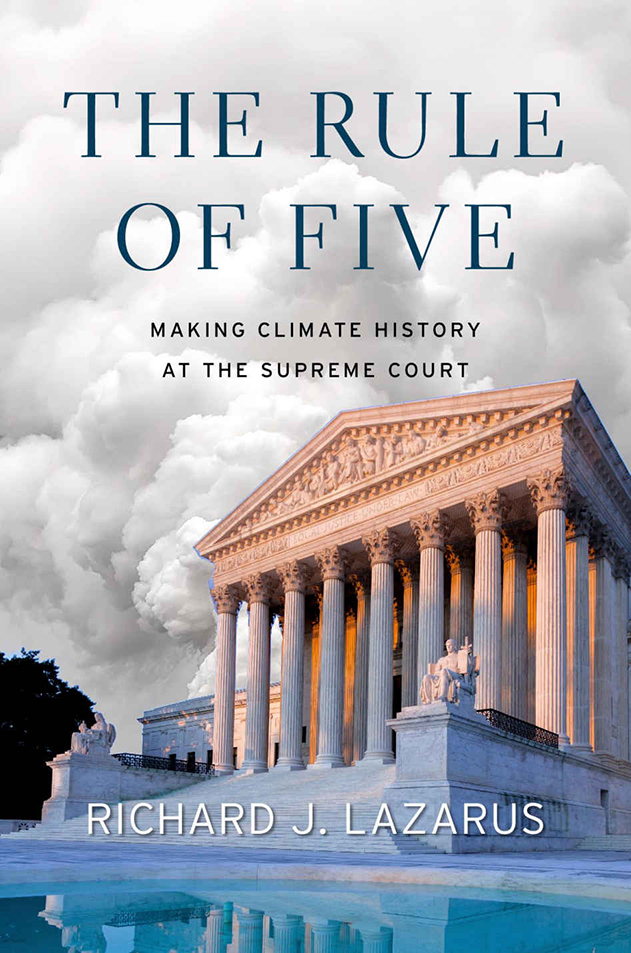